This series of blog posts builds on our previous set on The Challenges of Repeatable and Idempotent Schema Management:

This next series of blog posts discuss different approaches to the Management of Database Schemas and the wider topic of Database Object Lifecycle Management, which covers not just data-carrying elements, but all Objects and Relationships in a Database, including tables, views, users, roles, functions, etc. These are handled in Databases as Data Definition Language (DDL) statements (as opposed to Data Manipulation Language (DML), which are the statements for actually adding/removing/updating the data within the Database).

In all domains of technology (not just data), there are two fundamental concepts about how you define the change in the state of a system, declarative vs. imperative.

In a declarative approach, you say WHAT you want the state of the system to be but NOT HOW – the engine that implements the declarative definition is responsible for turning the WHAT into the HOW.

In an imperative approach, you DON’T define WHAT to achieve, just HOW to achieve it.

This is full of verbs or actions, “turn” and “walk” – since this approach defines the HOW. One clear difference here is an imperative approach relies on a knowledge of the start point or the current state. The Imperative example above really only works from a single location/state. Following these steps from any other location will not result in the desired end state. In fact, very likely these steps can’t even be followed at all – if my starting location/state is Brisbane, Australia, I can “face north” and “walk 1.2 miles”, but I won’t be able to “turn right onto Oxford Street” – at that point, everything fails, and I’m in an unknown/undefined state.

There are numerous other sources to read about this at different levels of detail. However, one factor that most of these misses is that the imperative and declarative are not two binary options; they are a spectrum. Consider this approach:

Example: Head to London, and when you get there, head to Marylebone station. Head west until you get to Baker Street. Turn right and head north approx. 0.4 miles until you see the London Beetles Store, and 221b Baker street is the next building.

This is a hybrid approach – it’s clearly not a fully declarative approach – there are some explicit steps, but nothing as prescriptive as the imperative approach, but a lot more HOW than the declarative approach. This demonstrates that fully imperative and fully declarative are two points on a continuous spectrum. One interesting observation is that this hybrid approach is much more like human beings working in the real world. It’s a pragmatic mix that will achieve the desired end state from pretty much any start state, but requires a lot less expertise or work on behalf of the traveler.

In the Declarative Example approach, “221b Baker Street, Marylebone, London” is almost impossible to be used directly by anyone – it serves as a great definition of the end state, but I need to use a Declarative Compiler to turn that into something I can use. What could I use in this case? Google Maps™ would work: 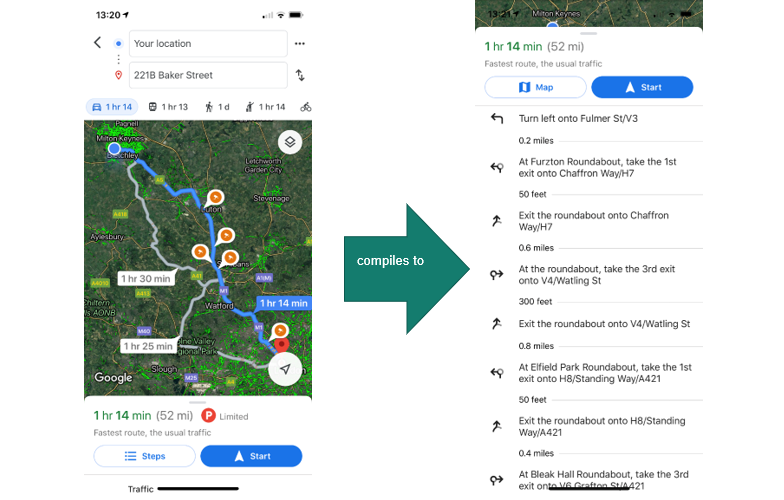 This is just a set of clear, step-by-step instructions – pretty imperative! When we passed a Declarative goal into the Declarative Compiler, we got a set of Imperative steps. 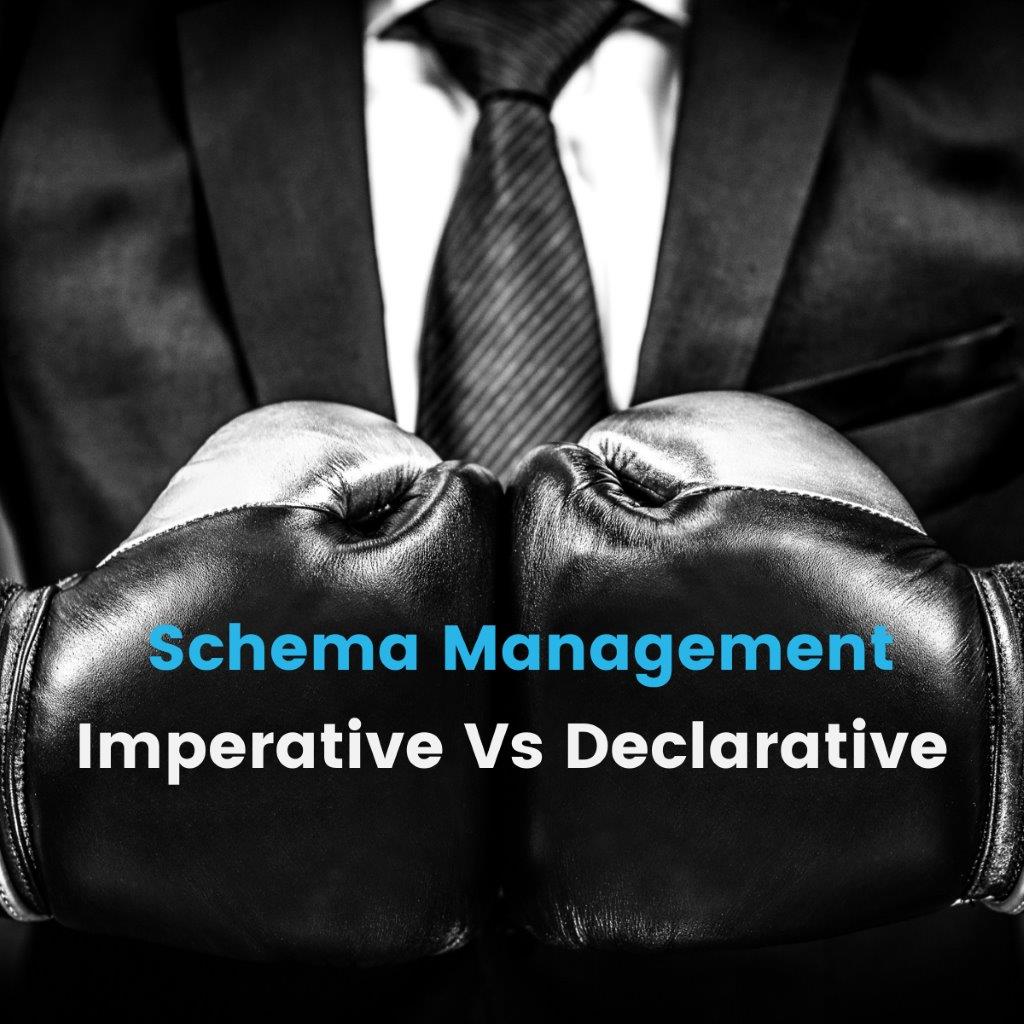 Following on from IMPERATIVE VS DECLARATIVE FOR DATA. In this blog post, we will look at different ways that the Imperative Approach can be implemented and also give an...

Let's now consider this in the context of Data and Databases. The most typical example of changing the state of a database is creating a table. We would all initially...